Note: This article was originally published on Apr 27, 2020.

When we decided to produce 1VIBE Originals we set out to earn a reputation as a source for creative hip-hop content. I recently watched the Netflix documentary LA Originals and was inspired by the impact photographer Estevan Oriol and artist Mister Cartoon have had on hip-hop culture. Estevan, who directed the doc, used 25 years worth of footage to provide a vivid snapshot of a subculture that’s since gone mainstream. We often forget that hip-hop consists of more than just dope music. Visual arts such as photography play a big role in how we express and share hip-hop with the world.

Inspired by these two behind-the-scenes hip-hop legends, we’ve created Visual Vibrations – a series inviting photographers to remix their love for photography and music. Each featured photographer picks 12 of their favorite photos and matches them with records that they believe resonate with the moments they’ve captured. It’s a concept that celebrates our appreciation for curation, visual art, and music.

To kick things off I reached out to my homie @47mind who is a young photographer residing in Toronto. The last time we hung out he showed me that a lot of his shots are captured on film instead of digital. One thing that has always stood out about his work is the versatility. You can’t box him into any specific style or category, he’s not afraid to pick up the camera and capture moments that others overlook. He also makes good use of color which is something I personally vibe with. If you follow him on Instagram you will quickly discover that he has a brilliant ear for real hip-hop. Just the other day we were discussing Mobb Deep and how much we both mess with The Infamous album. R.I.P Prodigy!

Included below are photos, words, and music curated by 47mind. 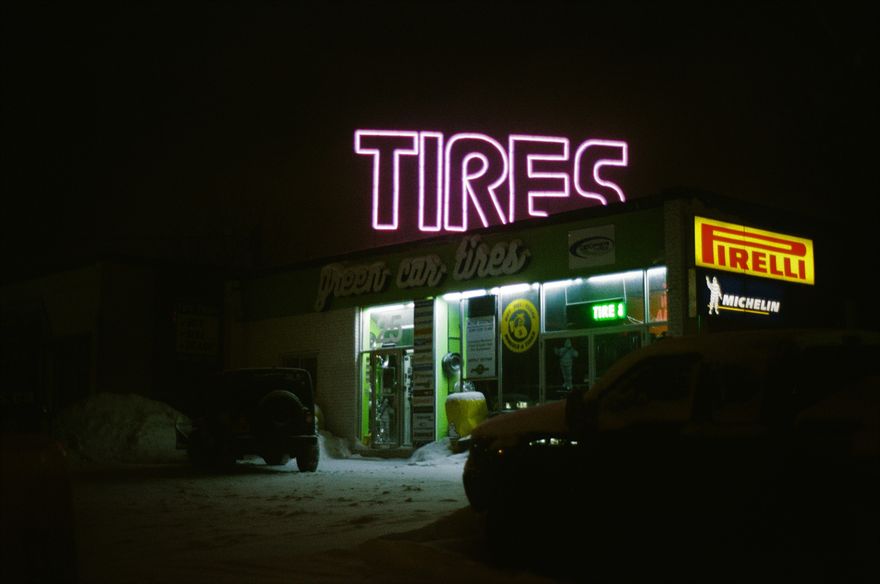 An auto-shop in Scarborough on a cold winter night. It can get grimey out there, you gotta watch how you move. The neon sign really stood out to me so I had to capture it. 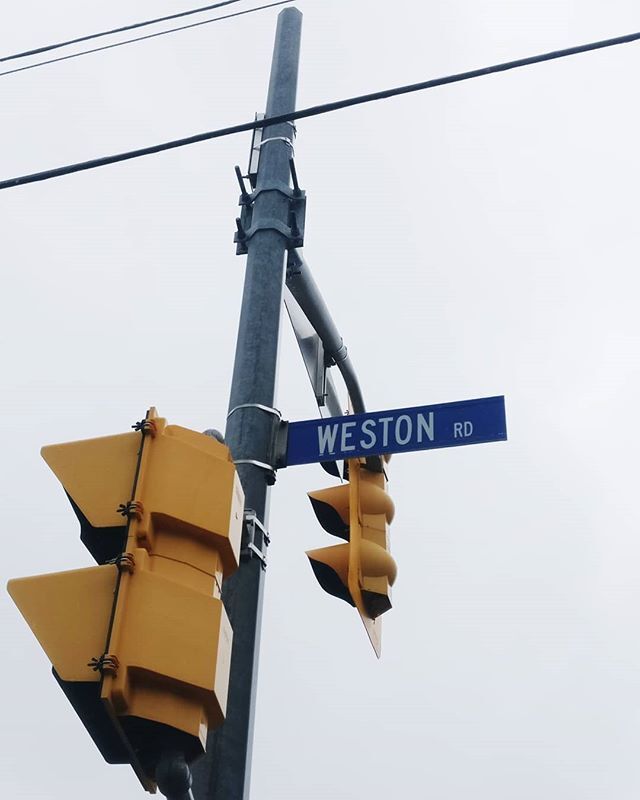 Weston Road – I like to say this is where everything started for me. It’s where I grew up, it’s the environment that raised me. Although I live kind of far now, I will always remember where I came from.

Every time I listen to this song, these lyrics speak to me “Too many died in my city, imagine if we all unified in my city.” Toronto often feels divided, sometimes being referred to as the screwface capital. The Greater Toronto Area (GTA) is the most populous metropolitan area in Canada consisting of four major regions. There are many layers to a city and always two sides to a story. 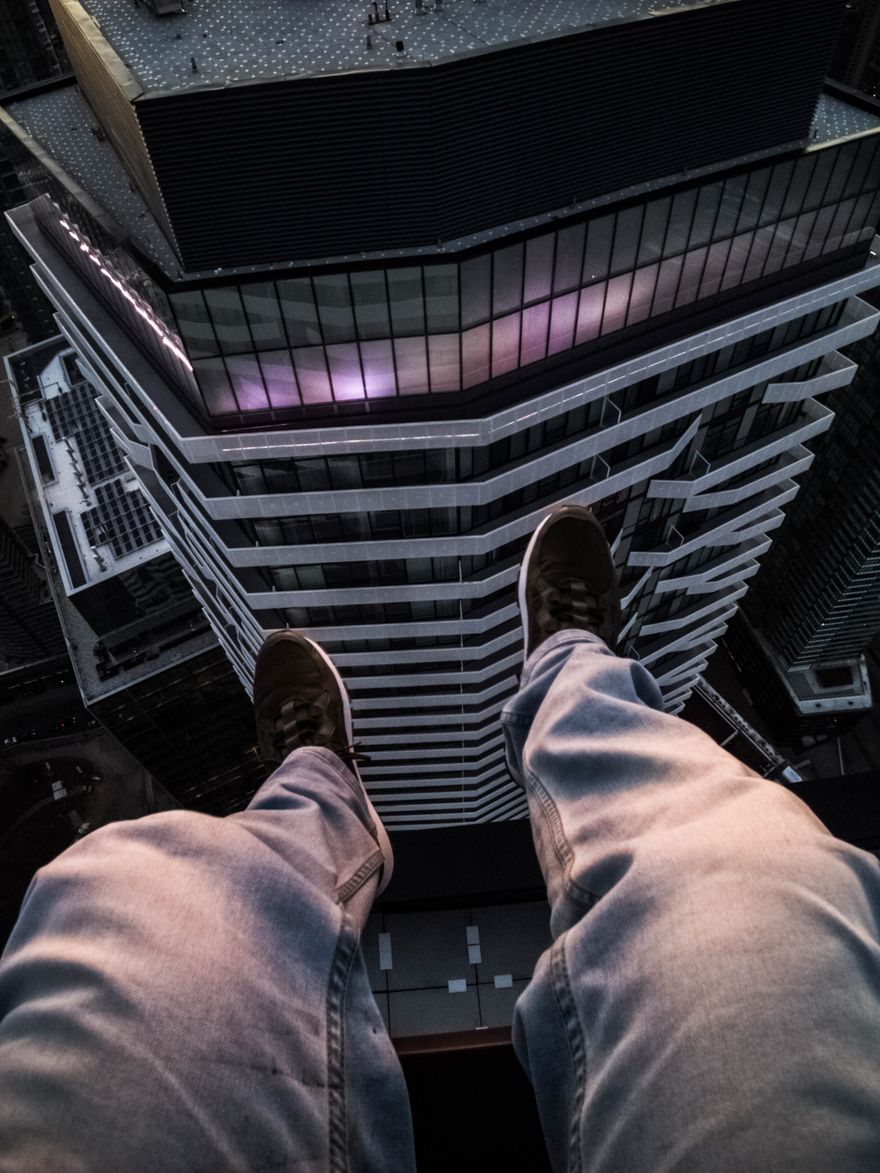 Kicking it on the edge of skyscrapers, that’s how I live carefree. Free from anxiety, free from responsibilities – even if it’s for a split second. Time slows down during these moments, allowing me to breathe and reflect. It’s a great way to let go and find inspiration. 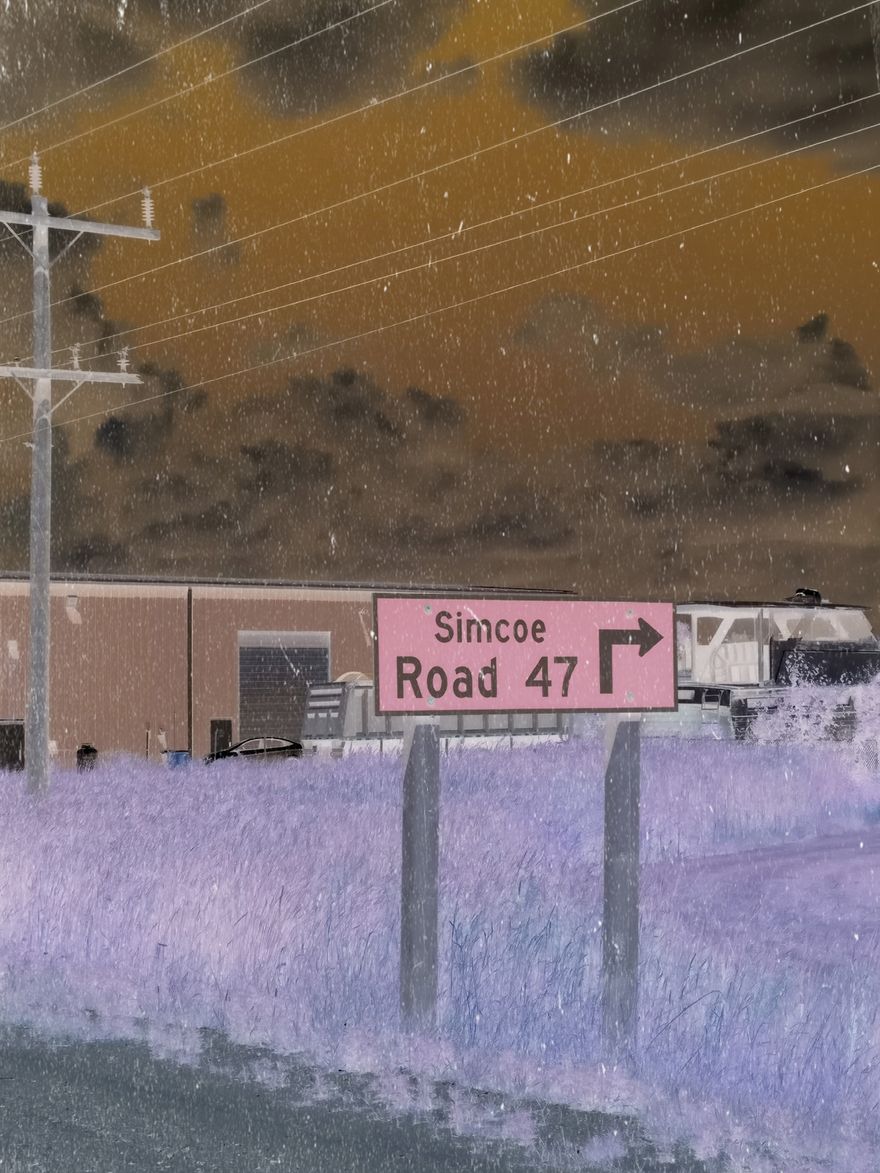 Around the time I edited this photo, I remember listening to Travis Scott’s ASTROWORLD album on repeat. The whole vibe of that record definitely inspired the edit.

I pass by this building all the time, for some reason I took this simple composition on a film camera. To date, this capture is one of my personal favorites. I guess sometimes simplicity is best. 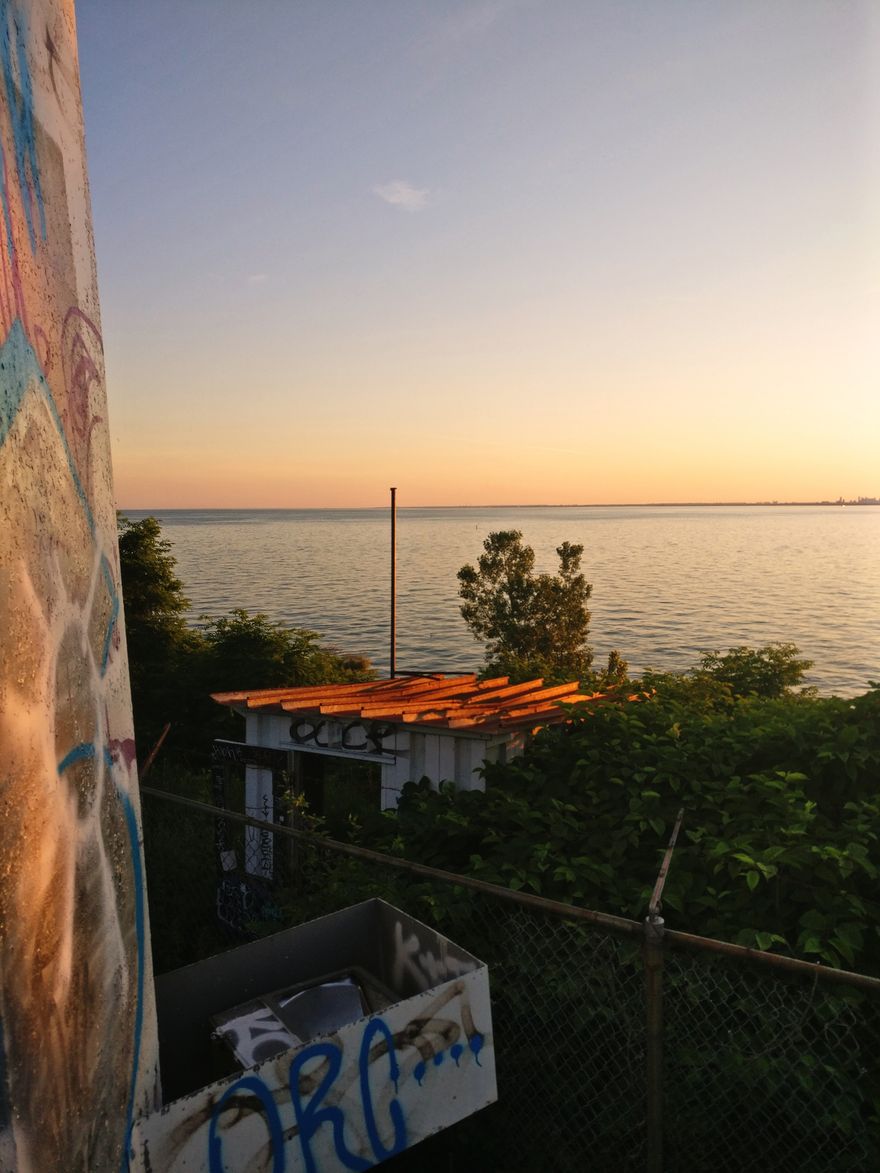 I took this shot at Tommy Thompson Park also known as the Leslie Street Spit. I wandered off from Cherry Beach and found this park I didn’t know existed so I decided to chill and watch the sunset. What a vibe on a summer day! 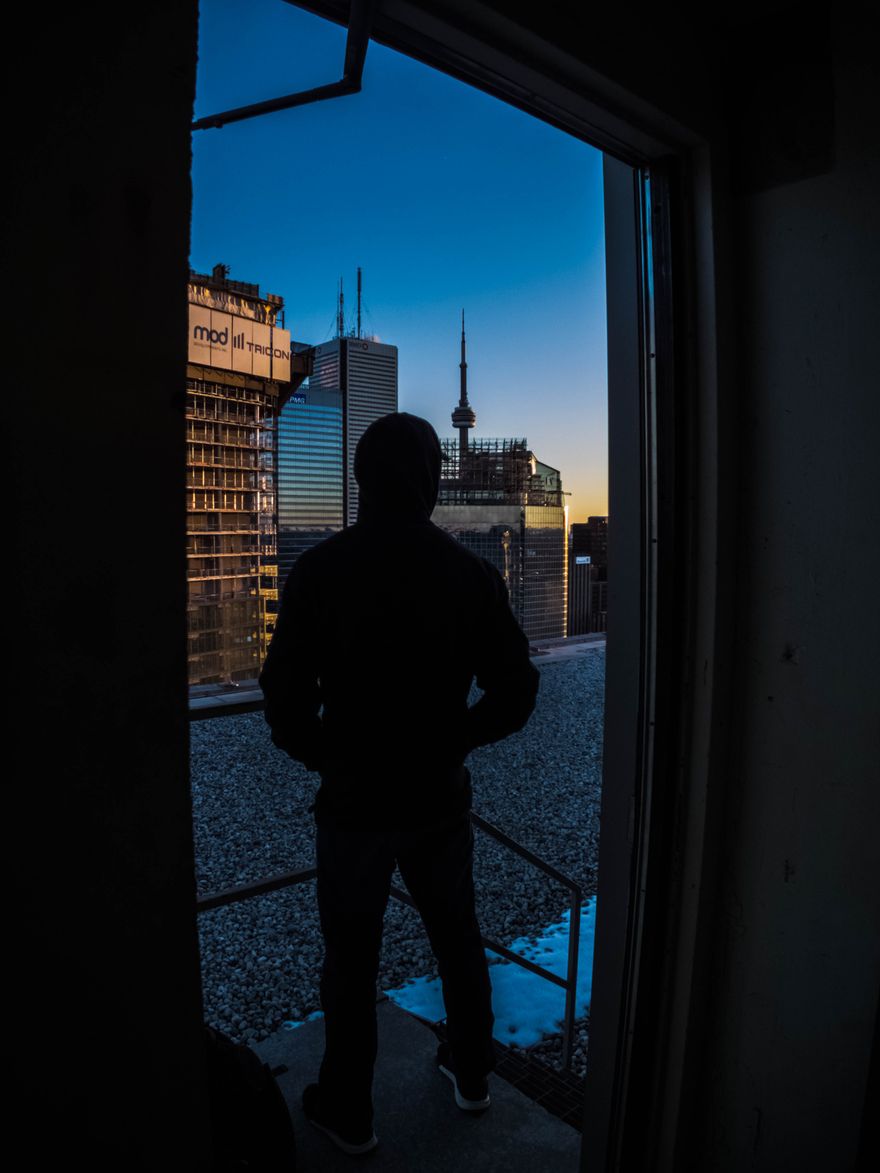 My friend Ricky “On the Lookout”. 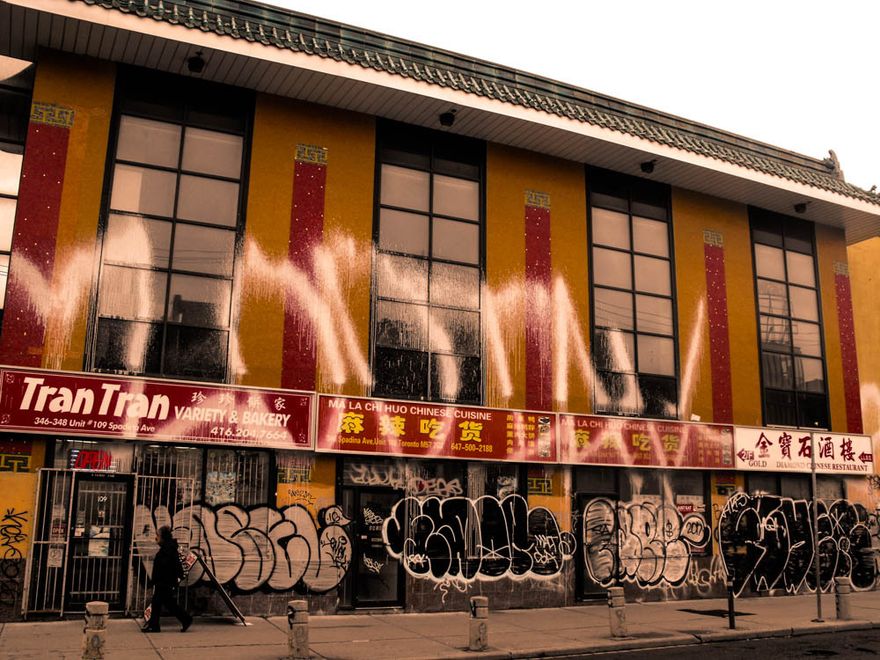 When I first saw this wall in chinatown, there was something about the whole building being covered with graffiti tags that reminded me of this hip-hop beat by Kanick.

This song depicts exactly how I feel about Toronto. “The city we from, made us”. 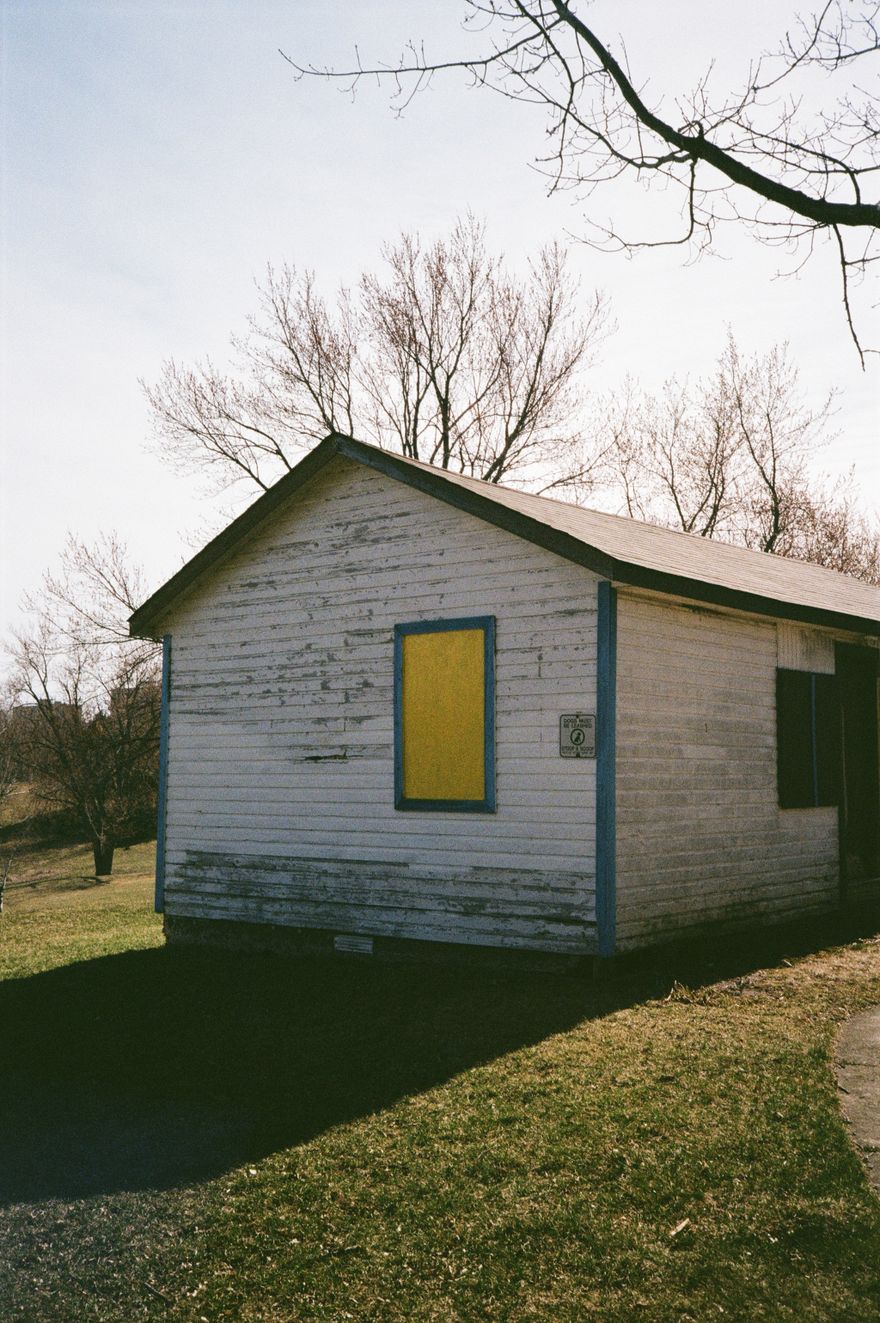 This beat has such a chill vibe, it’s what a nice day outside feels like. I took this photo with a film camera on a spring day. 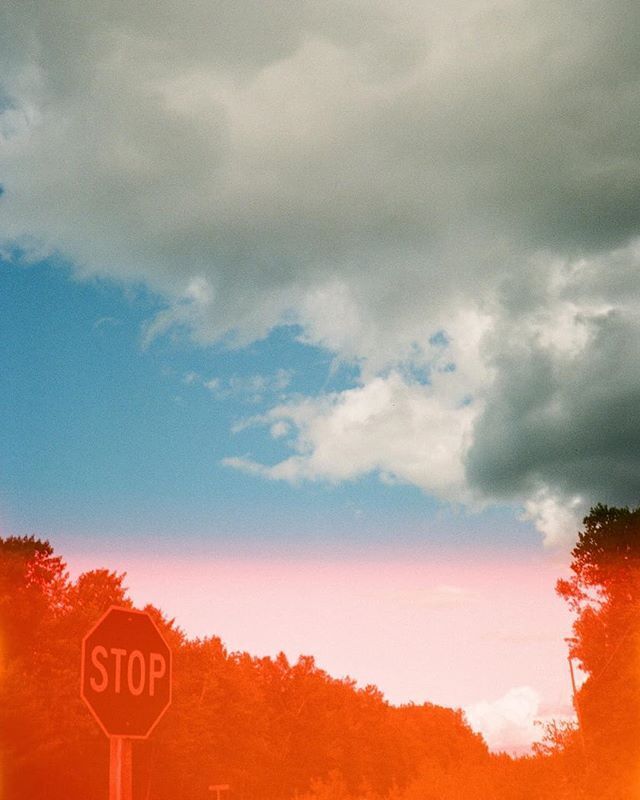 Shot on film, the red mark on the bottom of the picture is a light leak. It happened when I accidentally opened the back of my film camera. I thought it looked somewhat cool so I ran with it.

Once suspended, 1vibeteam will not be able to comment or publish posts until their suspension is removed.

Once unsuspended, 1vibeteam will be able to comment and publish posts again.

Once unpublished, all posts by 1vibeteam will become hidden and only accessible to themselves.

If 1vibeteam is not suspended, they can still re-publish their posts from their dashboard.

Once unpublished, this post will become invisible to the public and only accessible to Ildi.

They can still re-publish the post if they are not suspended.

Thanks for keeping 1VIBE safe. Here is what you can do to flag 1vibeteam:

Unflagging 1vibeteam will restore default visibility to their posts.